My grand parents house, which is now my house,  is the start of this story. It lies in a deep curve on Flea Harbor Road.  Flea Harbor Road is named after a lake which is found at the end of the road.  It’s not much of a lake but thats where the name comes from.  When I was a boy, I used to love the big oak tree that was found in that curve. It was old, older than I could imagine at that age. In fact it was so old that they made the road around it.  Thats how strong that oak tree was. No road was gonna go through it.  The road could go around.  The old oak tree seemed like it touched the sky to me because it was so tall.  Directly across the road from the tree ran a ditch.  It wasn’t a natural ditch though. You could tell it had been dug out as a drainage ditch long ago. By whom, I didn’t know.  But that ditch was there. The drainage ditch runs into Muddy Bayou, which as you can imagine from it’s name is very muddy.  When you dip your hands into it’s waters, they come back stained a dark color from the muddy silk found at it’s bottom.  The bayou slowly turns left and right as it runs along the boundary between the counties. Off to the west is the mighty Mississippi River.  Off to the east is the persistent Cold Water River.  The land in between is a land of stories.  Some good and some bad, but it is full of stories that must be told.  At the center where all these roads, counties, bayous, and rivers meet is Lula.  Lula is as much the center of my stories as this house is. It’s part of me.  Lula is in Coahoma County, but it’s home to people from Tunica and Quitman counties too.  We all claim Lula and Lula claims us. Between Lula and Flea Harbor Lake is the now four lane Highway 61.  To the south of Lula lies Moon Lake.  Moon Lake is an oxbow lake that had once been part of the Mississippi River.  My Uncle had a store on Moon Lake and I have grown up riding the road that winds around it.  Eaten fish taken from it and swam in it.  Yes, Moon Lake is part of Lula as well. Highway 61 connects us to Clarksdale and Memphis.  Connecting us to the rest of the world. Thats the way I saw it growing up. Running west from Lula is Highway 49 which connects Mississippi to Helena, Arkansas by way of a bridge.  Helena is much larger, but it is as much connected to Lula as if it were in Mississippi too.  Yes, its stories are part of Lula as well and so Phillips county has to be included.  Phillips County is my Lula too.  My stories bring these places to you and once you read them, you become part of Lula as well.  Thats what the Delta and Lula does.  They draw you in and there you stay.  You become part of the story.

I was blessed to come from a family of story tellers.  I’m a story teller and it seems like everybody around here is a story teller. I don’t know how true some of these stories are, but to me, they are all true. As a teacher, I always told these stories because they added to who we were in the Delta.  Now I didn’t teach in Tunica County. I taught my entire career in Quitman County.  Quitman County had been carved from part of Tunica County and two other counties.  My grandparents had lived in Quitman County and my parents were both born in Quitman County. My family had grocery stores in Marks and Lambert. Thats why Quitman County is also my home. Lula is the center though. I grew up walking the streets of Lula, working in my family’s stores, and meeting the friends that would always be part of me.  Lula welcomes visitors into Coahoma County as they are heading south or heading east.  Its been home to saints, sinners, and singers of both persuasions.  If you looked up my location, it would say Dundee, in Tunica County, but Lula, which is in Coahoma County, is really my home whether I want it to be or not. Southern Tunica County and Northern Coahoma County, and got to add in western Quitman County, all come together in Lula.  Lula connects the three and connects Mississippi to Helena, Arkansas.  In fact, I can walk across Flea Harbor Road and be in both Coahoma and Quitman counties before I look up because I live where all three meet.  Since I retired, I work in Helena.  Even though its across the river, I grew up with my family going across the bridge to shop and eat.  I cruised up and down Cherry Street in my 1979 Thunderbird. That was when I wasn’t cruising School street in Tunica.  You could see everything on those streets.  So yes, Helena is also my Lula story.  Excuse me these allowances please.  Much like the famous writers who made this area home, from Tennessee Williams to Thomas Harris, my story covers a  big area indeed and boundaries on a map doesn’t stop me from claiming all these places as home.  It’s who I am and it’s who we all are in this unique place.  It’s my story.  My Lula story. 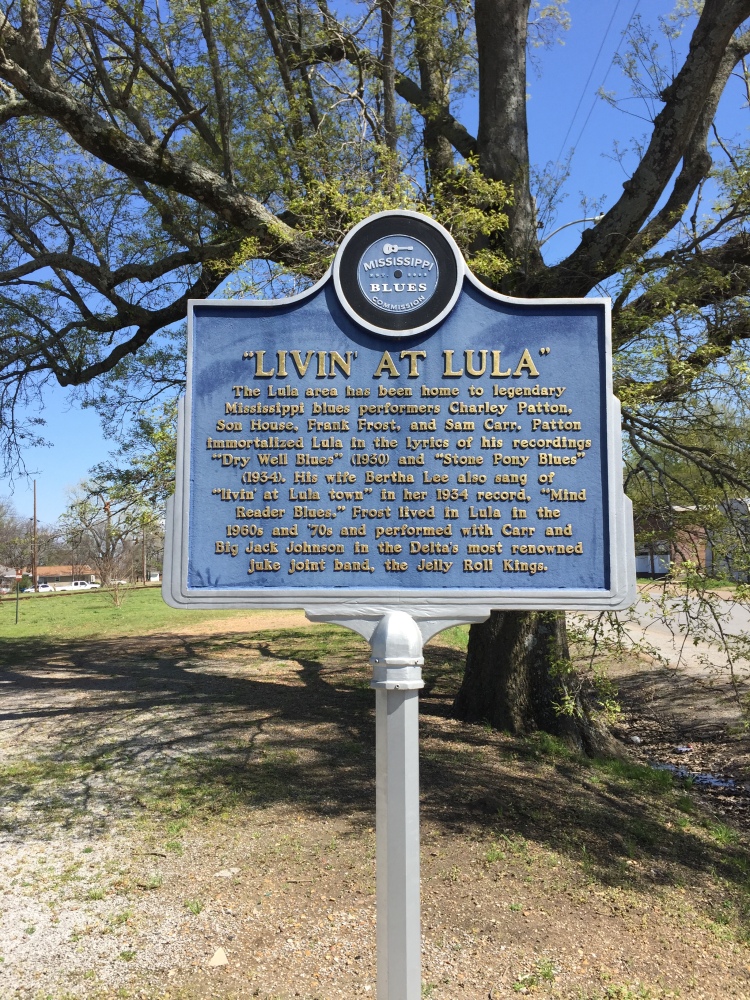