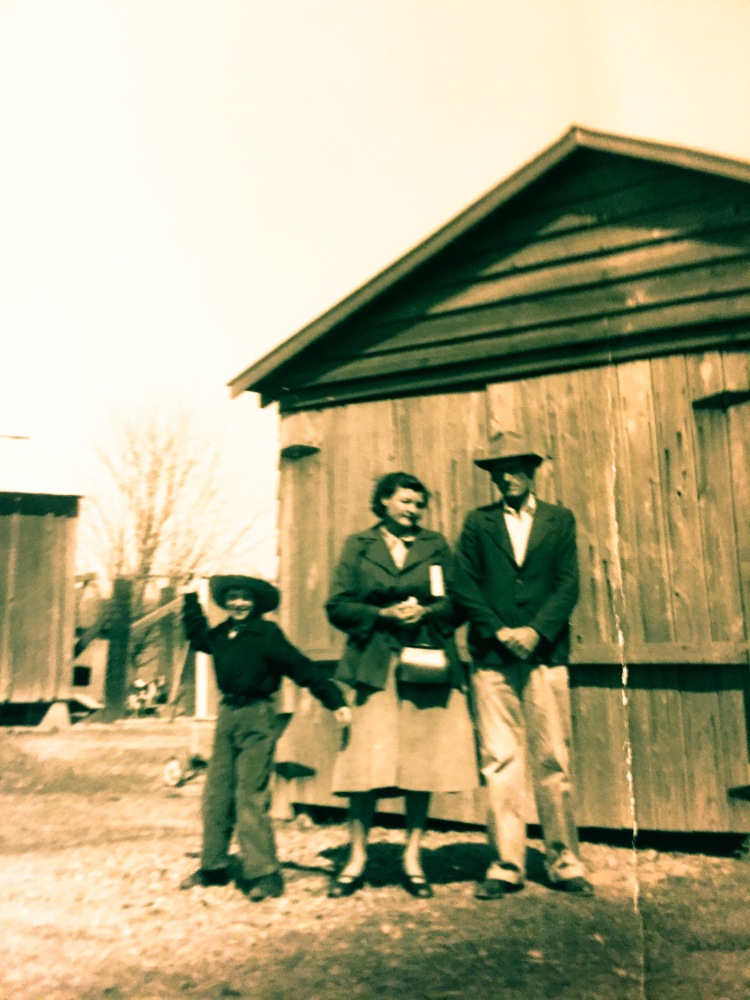 When my family moved to Flea Harbor Road in 1940, there was a giant oak tree in a deep curve in the road directly in front of the house.  From that curve ran the drive way passing the house and ending at a farm shop.  A few years later a neighbor, who lived across the field in a small house, was maneuvering his wagon down the road toward the driveway.  When he got to the curve, the mule bucked and threw him from the wagon.  He was thrown directly into that tree causing him to break his neck, but not killing him.  Because there was nothing to do for an injury like that, his family carried him home and held a vigil for him as he slowly died. Several weeks later, his time came about 1 a.m. and it was rumored that he was buried near the curve.  Weeks passed and time moved on.  One day my Grandmother and Aunt were cleaning windows in the front room and they saw a man walking around the curve nearing the drive way.  They noticed he looked a lot like the neighbor who had died.   She looked at the clock and it said 1 p.m. Knowing this wasn’t possible, my Grandmother went to the backdoor and asked my Grandfather who was working in the shop who the visitor was she saw out the window. He looked puzzled, and said nobody had come down the driveway.  Later that night, my Grandmother, not being able to sleep, went to the front window. As she walked into the front room, the wall clock chimed 1 a.m. and she looked out the window. There was the same man coming around the curve. She screamed closing her eyes.  Quickly she opened them as everybody else ran into the room.  Nobody was in the curve or walking down the driveway.  The old neighbor who haunts the curve has been seen several times again, always around 1 a.m. or 1 p.m., still trying to reach the driveway from the curve.  Since then, a number of wrecks have taken place in that same curve.  Nobody else has died, but their cars mysteriously go off the road like they are dodging someone or something. The drivers always say they don’t know happened.  My uncle swore, he saw him one night.  He was walking along in the same clothes he was buried in. Some of my family believe this story and some don’t.  I’m not sure.  I don’t go out there at certain times though. A warning to everyone coming down Flea Harbor Road, slow down at the curve.  It may be haunted by a friendly neighbor just trying to come visit down the driveway.