The Glory of the Past, Steam Boat Day

Taken from the Historical Records Project #2224, Mrs. Hattie Johnson, Mrs. Louise Richards, Mrs E.H. Craves: circa 1939,  I have added in some additions and corrections.

Since Tunica County has a frontage of about sixty five miles on the Mississippi River, steamboats are a big part of her history.

As many our older citizens recall these palmy steamboat days, they asked that we write something of the part they played in the making of this history.

Until the coming of the railroad, in 1886, all transportation was by river, both passenger and freights.  The river was literally alive with boats.  One would take a position on the bank of the river, near Austin, and a boat or its smoke would rarely be out of sight during the day.  The through boats, plying from Cincinnati and St. Louis to New Orleans, were perfect palaces furnished with the finest of furniture, the tables set with pure silver and gold plate. Then, too we had a line of boats from Memphis to Friar’s Point, Helena, and Arkansas City.  Every comfort imaginable was supplied, on these boats, with attendants at your beck and call.  One grand old citizen remarks, “The present generation have no conception of their grandeur, there was a hospitality and congeniality, associated with travel on steam boats that is not present in railroads.”

There were several boats specially remembered for their generous hospitality and palatial comforts.  Among these was the Mabel Hamilton, owned and operated by Captain Thomas Bowman.  He with his wife made their home on this boat, and she was affectionately spoken of  as “Mother Bowman.”  Any of the young ladies who wished to make a boat trip unaccompanied, could rely on Mother Bowman for her chaperone, consequently, she was the inspiration of many little impromptu boat parties.  This boat was due in Memphis about dark every Saturday afternoon, but she would often tie up at the town of Austin, Tunica County, and allow the young people of that town and surrounding communities to come aboard and dance until 12 o’clock.

Others of these boats, that are well remembered, are the Kate Adams, a very fine and fast boat, and the Lee’s, both the James Lee and Robert Lee who could hold their own with the very fastest ones.  These was a good but friendly rivalry between the Kate and the Lee boats, but they were pretty well equal as to speed. 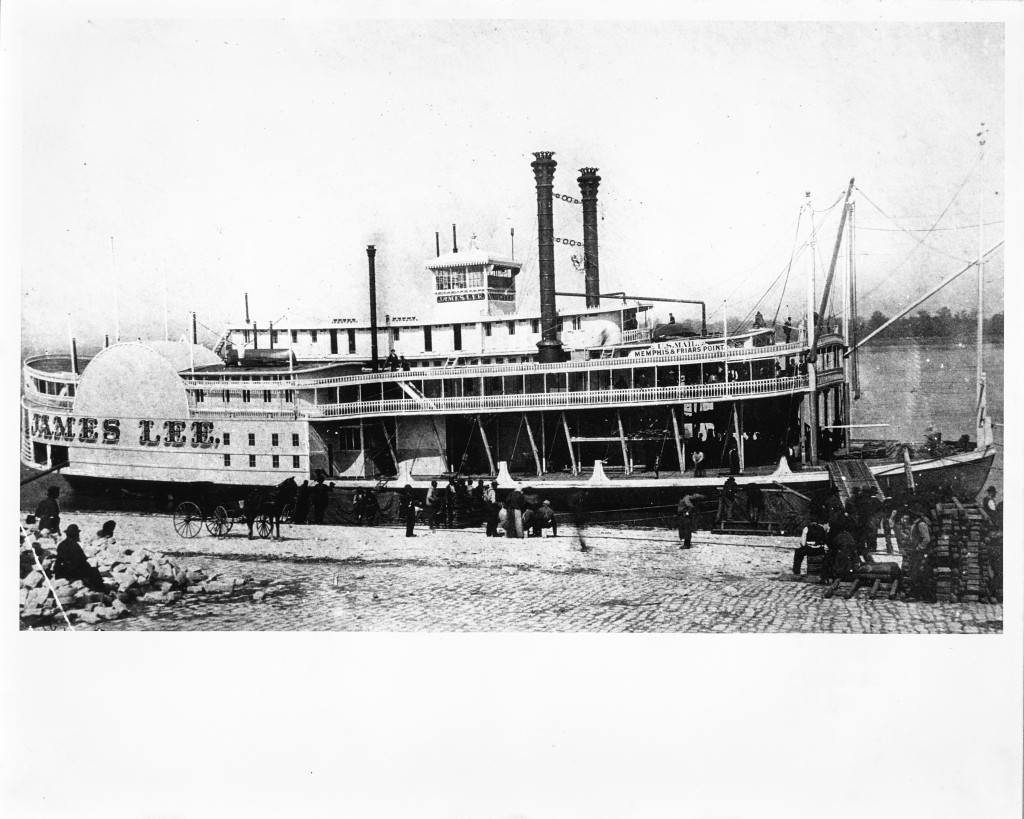 The first Kate was destroyed by fire Christmas Eve 1885, off Commerce landing, with heavy loss of life.   ( The actual date was December 23, 1888: Read my story about the burning of the Kate Adams 1) This was a great tragedy, for many, for all the boats that plied their trade from Memphis to Arkansas City, the Kate was the most beloved.  Twas on her that the oldest settlers of our county, saw their first electric lights.  They were such a curiosity then, that a crown of young people made up quite a party, boarded the Kate at Austin and made the round trip to Arkansas City, just to see and become familiar with the wonderful workings of electric lights.  Many happy occasions are associated with the Kate by our oldest citizens. 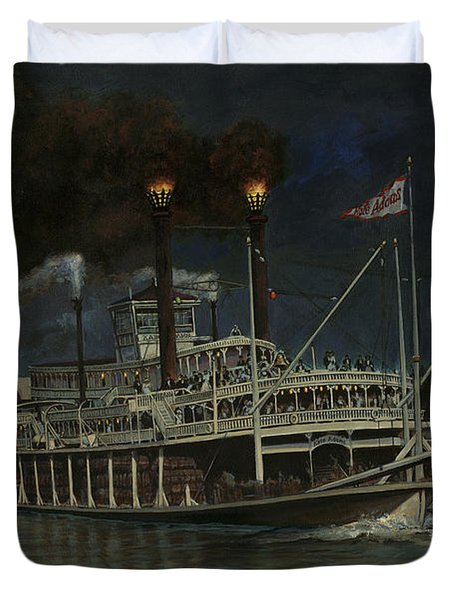 A trip, by boat, from Austin to Memphis consumed two nights and one day, the fare was $2.50 each way, which included berth and at least one meal, or frequently three.

The trip was one round of pleasure, dancing for those enjoyed it, a game of poker if one so inclined, or just to meet and visit with friends from different points.  So as the late Col. W.G. Jaques said, “I repeat the passing of these palaces of pleasure is a tragedy.”

The most thrilling occurrence on the Mississippi River during the palmy days, was the race between the Robert E. Lee and the Natchez.  These boats left New Orleans at 5 o’clock, on the afternoon of June 30, 1870, to race to St. Louis.  They passed Austin July 2nd, the Lee about 7 o’clock p.m. and the Natchez about an hour later.  As the Lee turned into Bordeaux Shute, the sun was just setting, and the last pale rays shining through the great spray from her wheels, made a huge rainbow which was indeed a beautiful sight.

Nothing on the river had created so much excitement, the banks were lined with spectators at all accessible points form New Orleans to St. Louis, to witness the race, even where the boats would pass after dark, crowds would await their passing.

The Lee won the race arriving in St. Louis about 10 o’clock the night of July 4th, the Natchez steamed in more than an hour later.  Doubtless millions of dollars changed hands on the outcome of this race, but it is a well known fact that neither Captains Lee. nor Common bet a dollar on the race, leaving that to the backers of the two boats.

The Lee shook herself pretty badly and had to go on the ways for overhauling, but the Natchez took on a load at St. Louis and returned at once to her trade without the loss of a trip.

The late Col W.G. Jaques was a great enthusiast of these palmy boat days and it is from an article written by him a number of years before his death that we were able to secure this interesting and unquestionable story.

Stories of the Delta

One response to “The Glory of the Past, Steam Boat Day”