On January 20, 1861, Mississippi State troops under orders from Governor John J. Pettus occupied the unfinished U.S. fort on Ship Island in the Gulf of Mexico.  One day later, the Congressional delegation from Mississippi withdrew from Washington with Senator Jefferson Davis being the last to leave.  The Army of Mississippi was organized on January 23rd.  In less than a month on February 9th, the Confederate States of America was created.  Jefferson Davis is made provisional President.  Fighting starts when Fort Sumter is fired upon on April 12, 1861.  States in the South began to organize.  On September 28, 1861, Governor Pettus called for 10,000 volunteers to enlist for emergency service in Kentucky.  They were to meet at Natchez, Vicksburg, and Grenada.  James Lusk Alcorn of Coahoma County would be one of two Brigadier Generals in this new army of volunteers.  Thoughts of war were getting close to home. 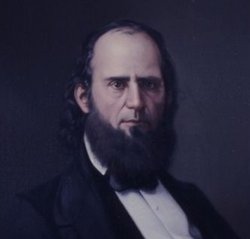 Coahoma and Tunica counties prepared for 1861 and the Civil War.  Austin continued to be a prosperous river port and cotton continued to be sold and transported by steamboats there.  Memphis was just to the north and commerce was on the minds of the people.  They were keeping up with what was happening though.  Their location on the Mississippi River exposed them to invasion and they knew it.  Some young men volunteered in companies being raised in neighboring counties, but one company was organized at Austin made up of men from Tunica and Coahoma counties.  The Mississippi Swampers were formed and enlisted in Confederate service on June 11, 1861. Their Captain was the long time Sheriff of Tunica County named Robert K. Humphreys. The company moved to Memphis and then on to New Madrid.  They would become Company B of Blythe’s Regiment, which would later be named the 44th Mississippi Infantry.

Friars Point, the county seat of Coahoma, was a stir of activity throughout 1861 as men from all backgrounds read the newspapers and listened to politicians like James Lusk Alcorn.  Even though he had been against secession at first, once Mississippi left the union, he saw an opportunity.  On February 1861, the Coahoma Invincible’s were formed at Friars Point and made part of the state army.  They were ordered to report to Corinth in April and soon became Company B of the Eleventh Mississippi.  In May, the men of Coahoma County and the rest of the regiment were ordered to Virginia.  They would eventually become part of the Army of Northern Virginia and would not return home until after the war ended in 1865.  On September 19, 1861, the Alcorn Rebels were organized and became Company K of the 3rd Regiment Mississippi Infantry of the Army of 10,000.  They moved toward Kentucky under the leadership of General James Alcorn.  Here they would bear the hardships of being a soldier and many would die in the cold winter from diseases and be buried in the Blue Grass state far from Coahoma County.  Eventually, the Army of 10,000 would be disbanded and it’s companies reorganized.  The Alcorn Rebels would become Company K of the 23rd Mississippi Infantry.

There would be several other cavalry and partisan units organized in 1862, but the three groups above were the only infantry companies that originated from Coahoma and Tunica counties in the Civil War.