After the Civil War, a man came to live in Tunica County with his family who was bigger than life.  His name was James Frazier Jaquess.  He also brought his son William Garrison Jaquess along.  Although he would not remain in Tunica County long, his family would live out their lives here and become prominent in the community. 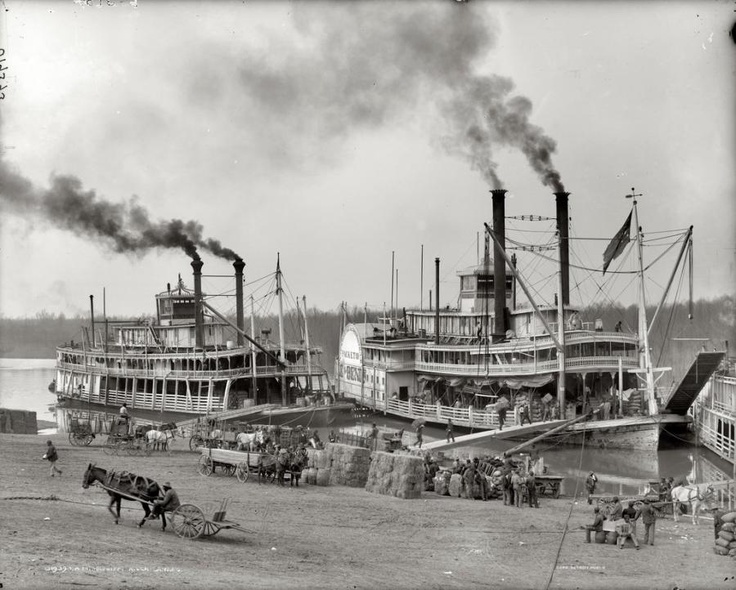 James Frazier Jaquess was born November 18, 1819 in southern Indiana.  After graduating from college with a divinity degree, he became a Methodist Episcopal minister who was a circuit riding preacher in southern Illinois.  In 1849, he was named the first president of the Illinois Female College in Jacksonville.  That same year, he had a son with his second wife who he named William Garrison Jaquess.  They called him Willie.  His daughter by his first marriage soon joined the family.  Then in 1856 Jaquess was made the first president of the Methodist German and English College in Quincy.  After the outbreak of the Civil War, James spoke up for restoration of the union and an end to slavery.  He was a strong abolitionist.  He soon resigned and became chaplain of the 6th Illinois Cavalry in August 1861.

Dissatisfied with the duties of a chaplain, Jaquess got permission to raise a new regiment.   The 73rd Illinois Infantry was mustered into service at Springfield on August 21, 1862 with Colonel James Jaquess as commanding officer. Young Willie became the drummer boy for Company H and followed his father to war.  Because there were twelve clergymen and many enlisted men were members of the Methodist Episcopal Church, the regiment was nicknamed “the Preacher’s Regiment.”  After not doing well at the Battle of Perryville, Colonel Jaquess missed the action at Stone’s River.  He was back in command for the bloody battle of Chickamaugua on September 20, 1863.

The Battle of Chickamaugua would prove a pivotal moment in the history of the Jaquess family and the 73rd Regiment.  The 73rd was part of the Second Brigade led by Colonel Bernard Laiboldt; Third Division under General Philip Sheridan.  By the time Laiboldt’s brigade entered the contest, much of the Federal army had already met with disaster as the Confederates bolstered by men from the Army of Northern Virginia had attacked the Army of the Cumberland under General Rosecrans.

The regiment was drawn up into two lines of battle.  Drummer boys and other musicians were ordered to the rear.  As Colonel Jaquess rode up and down the lines encouraging his soldiers to act like men, he noticed his son still at the front with his drum strung on his shoulder.  “We are going into the fight, my son”, said the father, ” Your place is at the rear.”  Looking up, the little drummer boy replied, “But, if I go back there Father, everybody will call be a coward.”  Because there was no time to argue, Colonel Jaquess told Willie to stay.  The men advanced into Glenn Field.  As they neared a base of a hill, the regiment was met by hundreds of frightened Union soldiers fleeing before the advancing Rebel army.  As Jaquess struggled to retain order, volleys of gunfire erupted from the forest.  The 73rd was hit from the left, front, and right.  Union men were going down before the storm of lead, as blades of grass go down before a storm of hail.  One of the regimental orderlies was swept from the saddle by a cannon ball, and his horse went galloping madly over the battlefield. Willie leaving the ranks, he caught the frightened animal and sprang onto the dead man’s saddle.  Riding up to his Father, he said “I am tired of drumming, I’d rather carry your orders.  Suddenly, Colonel Jaquess had his horse killed.  Giving him his horse, Willie began to look for another.  The second horse was then shot out from under him.  Both man and beast fell to the ground.  Willie asked his father if he was wounded, and he said no.  He told his son to go to the rear as fast as he could.  Willie hesitated, but then left after his Father said, ” Never mind me, think of your mother, Go!”  In the 73rd, it was now every man for himself as the men crossed back across the open field.  Colonel Jaquess was in the rear of his men and on foot as he made his way backward.  Bullets were flying all around him and he barely escaped capture.  Many of his men were caught up by the Confederates who were quickly surrounding the fleeing Union soldiers.

Young Willie had made it back to a field hospital as a group of Texas soldiers captured it. One of them grabbed Willie and said, ” Yer a bully un, jest the pluckiest chunk of a boy I ever seed.”  Another Rebel looked at him and commented, “Luck at the boy’s cloes! He’s son her some uv the big guns.  I’ll bet high he b’longs to ole Linkun himself.  I say, youngun, haint ye ole Linkun’s boy?” An officer came up and ordered the Confederates back into line and sent Willie back with a number of wounded and captured Union soldiers.  Willie was put to work helping in a hospital with the wounded.  The Confederates had won the day and now there was some confusion as to what to do next. A day passed and Willie began to look for a way to escape.  He managed to change into a young dead Confederate’s coat that he had met while working with the surgeons.  Silently he managed to sneak away and after hiding and missing a number of enemy patrols, he managed to find some Union soldiers.  He told them who he was and actually found his mother’s brother who was Colonel of the 42nd Indiana. Willie was carried to his Father who hugged him because he thought he had been killed. The 73rd had lost 23 killed, 17 wounded, and 31 captured in the Battle of Chickamaugua.

In both 1863 and 1864, Colonel Jaquess led several attempts at a peace conference to end the war by meeting with Confederate leaders.  He and his son were mustered out in 1865 at Nashville.  He would return to his work with the Church, but he also needed to earn a living for his family.  That is what drove him to Tunica County, Mississippi.

By 1870, Colonel Jaquess and his son William had moved to Tunica County, Mississippi. William Garrison listed his occupation as retail dry goods and his worth being $2500.  J.F. Jaquess listed his occupation as planter with his worth being $5000.  By the 1880 U.S. Census, William listed his occupation as deputy clerk.  His mother Sarah J. was living with him and his family.  By that time he had married.  James Frazier Jaquess died at St. Paul, Minnesota on June 16, 1898.  The people of Tunica liked William even though he had served in the Union Army in the late Civil War.  This was evident by the fact that most people referred to him as colonel.  Through the rest of his life, he would serve as post master, deputy sheriff, and town clerk.  By 1910, he listed his residence as West Edwards Avenue.  He would be joined by his daughter and son in law named James M. Bowen.

W.G. Jaquess owned and operated a small steam boat called the “Gasper-Goo” which hauled freight.  She was used by the planters of the county who would buy their plantation supplies at Helena and ship them home on the “Gasper-Goo” instead of having to wait for the regular schedule of larger boats.  This small boat was very valuable during the overflows and high waters, for she could go into the back country and pick up refugees and live stock, bringing them to higher ground.  She also carried the mail.  William Garrison Jaquess passed away in 1932.  The following obituary appeared in a newspaper about his life.

Civil War in My Delta

One response to “Comes a Preacher: Jaquess Family in Tunica County”