Southland College was a beacon of light in the Arkansas Delta for thousands of African American families.  It was the first institution of higher learning for African Americans west of the Mississippi River. 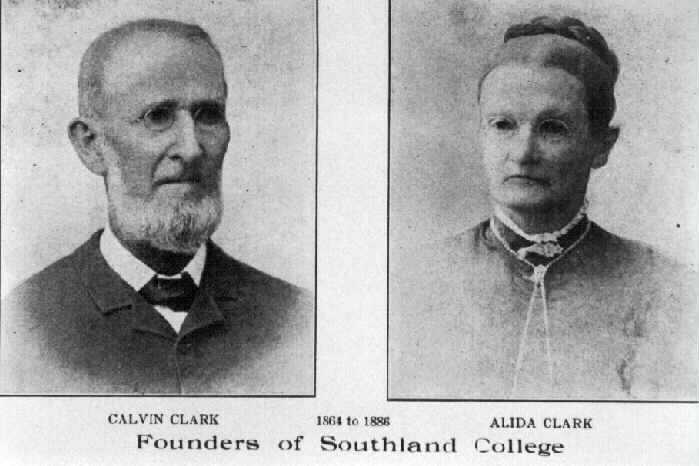 On April 8, 1864, Calvin and Alida Clark exited a southbound steamer at Helena.  They had been asked by the Indiana Freedmen’s Committee to journey to Helena in order to run an orphan’s home for children who had been slaves, but were now alone.  The Clarks were Quakers who had been strong abolitionists before the war. Helena had become a center for slaves escaping to freedom and thousands of these freedmen were now living in and around the city.  Because so many people were crowded together though, the town had become a disease ridden place.  Hundreds of people died and many children had been abandoned. The Clarks soon had sixteen children as charges.  They were allowed to set up a home located in an empty stable that doubled as a school and meeting house. As the war came to an end however, they were ordered to leave this establishment.  Thats when the men of the 56th United States Colored Infantry came to their rescue.

Colonel Charles Bentzoni had immigrated to the United States from Prussia and became a proud member of the United States Army.  He served in the Union Army in various roles until early 1865 when he was promoted colonel of the 56th United States Colored Infantry.  Soon he was in command at Helena where he met the Clarks. Upon seeing their good work and a need for larger space, he proposed that his regiment help them purchase land and construct several new buildings.   The soldiers raised over $2,000 to purchase 30 acres about 9 miles northwest of Helena.  It was safer and healthier. In 1866 Southland came into being.

In 1870, Southland became a school to train African American teachers.  By 1874, sixty teachers had went through the program and the school was officially named Southland College.  The first class graduated in 1876.  By 1880, a number of these teachers came to work at the school making Southland one of the few integrated faculties in the South. Southland was also the center for a growing Quaker following in Phillips County.  Daniel Drew, who had been a private in the 56th, returned to Phillips County after the war and joined the Quaker faith. He soon became a minister and teacher at Southland. Times were hard though. The school only charged one dollar per month for day students and three dollars a week for boarding students.  People donated money from around the country however, and soon five permanent buildings had been constructed and there were nearly 300 students.  Southland College attracted young people from both Arkansas and Mississippi. 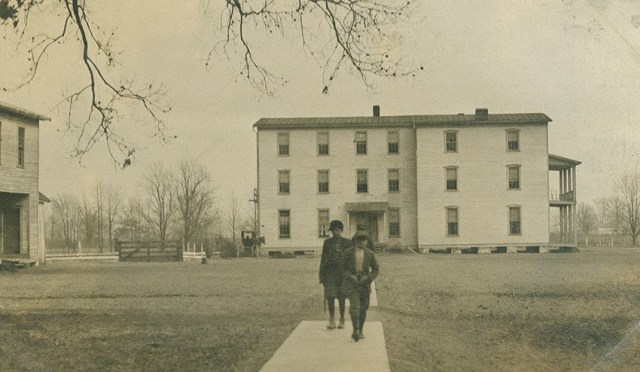 In 1886, Alvin and Alida Clark left Southland College but remained nearby. Southland expanded into teaching new fields, but it was hard to compete with other colleges. On March 14, 1892, Alida passed away.  Calvin returned to Ohio and died January 12, 1909.  The Clarks were followed by five more superintendents who served at various times, but the school continued to struggle. One school building and the chapel burned in 1900 and the insurance was cancelled.  Droughts and floods ruined farm crops and many families couldn’t afford even the small tuition Southland charged.

Jim Crow laws and hard economic times were taking a toll on the Quaker school.  Then came World War I. Even with all that going on, Southland reached its largest number of students enrolled.  In 1917, there were 490 students. That same year the name of the school was changed to Southland Institute. 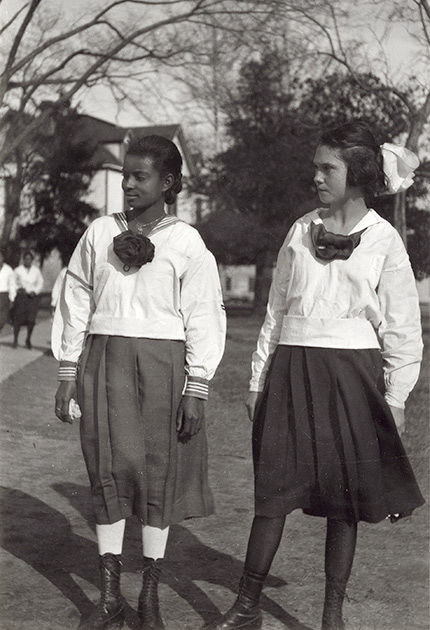 Buildings began to go into decline and enrollment dropped to 96 students by 1924.  In March 1925, Southland Institute was closed.  The land was sold to the African American Methodist Church which operated a school called Walters-Southland Institute.  It closed after World War II.

With the closing of Walters-Southland Institute and the turning of everyone’s attention to what was going on in the country and world, a chapter of our history also closed and was soon forgotten.  Today nothing remains of Southland College.  If you travel out toward Lexa, you will see no historical marker.  The buildings are gone and the laughter of children has become silent.  With the exceptions of a book and a few pictures online, Southland has ceased to exist.  It’s up to us to bring this story back because it’s our history.  The name Southland should be more than just a road sign. It should be remembered as part of a legacy of courage and striving for excellence that it was.

Kennedy, Thomas. A History of Southland College: The Society of Friends and Black Education in Arkansas.  Fayetteville: University of Arkansas Press. 2009.

Stories of the Delta